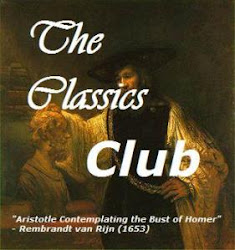 Life has been insane lately, and while I hoped to get back to blogging after tax season, it was not meant to be. I'm still reading, but not finding time to write about what I've finished. I have been neglecting the classics lately because of lack of concentration, but after reading The Great Gatsby last week, I've been excited to get to more classics.

Perfect timing in that the Classics Club is hosting another Classics Spin. You list 20 classics from your list and post it. On Monday, May 20, they'll announce the number, and you read the book that corresponds with that number on your list by July 1. As I mentioned above, my concentration is severely lacking right now due to circumstances I can't control (which is driving me batty), so I'm cheating and using (mostly) my list from the last Classics Spin. With the exception of the book I read for it (Islands of the Blue Dolphins), and one to replace The Great Gatsby as I've read it recently.